Join us for an Afternoon of Faith, Fellowship, and Inspiration with
Rev. Robert Capone 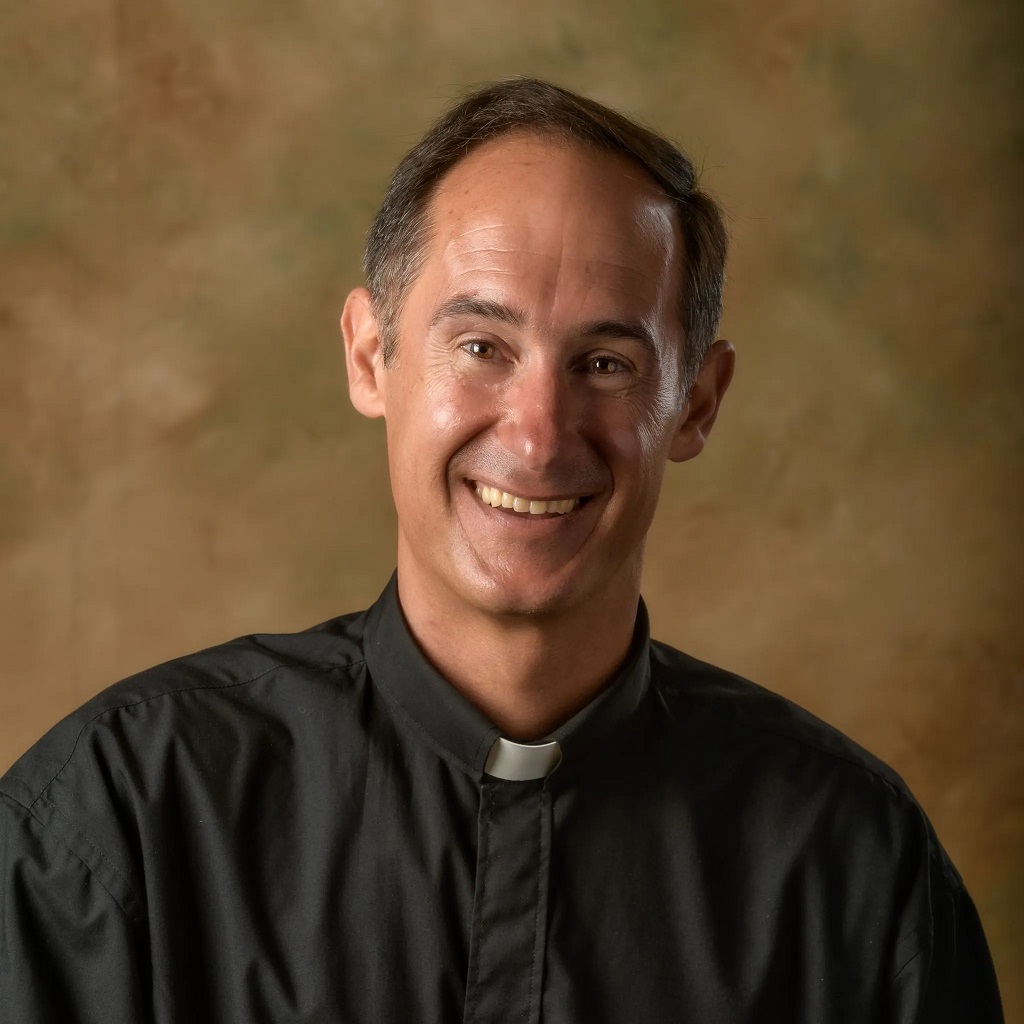 Pizza and Salad from Mona Lisa in Little Italy will be provided
Suggested minimum donation of $15 per member, $25 for non-members, and $5 for law students‍

Father Robert Capone has been a University Chaplain at USD since 2017.  Fr. Capone is responsible for coordinating the RCIA (Rite of Christian Initiation for Adults) program and the Lenten Retreat at USD. He is a Resident University Chaplain in the Alcala Vistas and the proud Chaplain of the Torero Men's Basketball team.  He graduated from USD with a business economics degree and worked as a financial consultant before becoming a priest. He first felt called to the priesthood while he was studying abroad in Florence, Italy as a second year student at USD.  A gentle but continuous pull eventually led him to the seminary after working as a consultant for a few years, and he was ordained a priest in the jubilee year, 2000.  He served as a parish priest in the Diocese of Orange before joining the University Ministry team at USD.  Fr. Capone enjoys being outdoors with friends, specifically deep sea and fly fishing. He loves ocean swimming and sailing. He also enjoys eighteenth century literature from the Romantic era and cooking and dining with friends and family.

Thank you! Your submission has been received!
Oops! Something went wrong while submitting the form.
Copyright © 2022 St. Thomas More Society of San Diego
Home